Celebrated television personality, filmmaker and sometimes philosopher Jason Silva has over 1 million Facebook followers. He’s a cultural phenomenon who peppers social media with various vignettes and snapshots of his hobbies, passions and beliefs. To give you a flavor of his perspective, his cover photo is a quote by the noted atheist Carl Sagan. Most recently, a video of his was brought to my attention where he describes his connection with music, and what it means to him.

As a Christian, I am conflicted about this video.  On the positive side it’s beautiful to see a creature display the image of God in his desire for interaction with the transcendent within the context of community. And I get it—whether it’s going to a party, a concert whatever—experiencing something together with others can be tremendously exhilarating. In addition, if you listen closely (he talks fast), he also realizes his need for “purge” and to “escape death” which is a true aspect of the human condition in our imperfectness.

On the other hand, this video is sad as what I am seeing is essentially a counterfeit exuberance that is built on a foundation of sand. I was tracking with him about the beautifully unique medium of music until about 1:30 seconds in when he started morphing into discussion about “electronic buddhism”. The notion that when fully enveloped in a musical experience together with others, one can achieve a certain nirvana-like state—the vanishing of the self allowing the subject to escape death and achieve transcendence etc. Enjoying music together with other people allows us to pierce the finite and become infinite? At this point I’m tempted to write about the symbiotic relationship between rationalism and irrationalism. The rationalist, in his realization of the meaningless of existence without any reason to acknowledge God, is driven to irrationalism to deter himself from nihilism.

But let’s talk about what really is the purpose of music. God, the creator and sustainer of the universe, gave us music as a gift to enjoy individually and communally in thanksgiving to him. He did not give it to us for use as a tool to pursue the illusion of the complete vanishing of the self. It’s true that the diminishing of the self is in a sense a good thing because God designed us not to be inwardly focused on ourselves, and this is why there is a measure of pleasure in this activity—even for skeptics like Jason Silva. It feels like a purge because people are so inwardly focused in their everyday lives which is ultimately destructive to our satisfaction as humans who were made to look outward. So when we begin to look anywhere else but inward there is a measure of catharsis we can temporarily experience.

But that “energy” (really, worship) is also not supposed to go just anywhere. We are also not designed to be horizontally focused on each other (ultimately), but vertically focused on God, the transcendent being who imprinted upon all creatures an innate craving to worship. We were made to worship, it’s what we do best and it’s quite obvious. When people don’t worship God (in a church gathering or otherwise) they don’t stop worshiping, they just worship other things. The worship of the transcendent being is supposed to direct us back to each other with the satisfaction and grace we receive from above so that we can treat our neighbors with genuine love out of a full and satisfied heart.

What you have here with Jason Silva is a well-meaning but misguided individual who is made in the image of God for the purpose of worshiping God together with other humans. The thirst that he senses for pursuing a community-synchronized experience of music as a sanctifying meeting with the transcendent exists within him because of this image of God that is irrevocably stamped on his being.

For all the euphoria that this man is celebrating, it is a counterfeit euphoria that will not ultimately satisfy him nor will it help him to achieve his true purpose in life, which is to glorify his creator. It will end in emptiness and despair. He may quench his thirst temporarily with each “hit” of this counterfeit experience that he enjoys, but he will be thirsty again. He drinks from a broken cistern that cannot ultimately hold the water he thirsts for. The pursuit of pleasure as an end in itself is vanity and ultimately meaningless.

What he (and everyone else) truly needs is to drink from the fountain that will quench his thirst forever, that has been revealed to us in the person of Jesus Christ who is supreme over all creation. The transcendent has come in the form of a man who shed his blood for us in order to truly redeem us. This, in order that we might be restored to our creator so we can know him, worship him, obey him and enjoy him (and his musical gifts) together with others in time and space and for all eternity. We do need to be purged of our sin and escape death, but a Coldplay concert just won’t do. 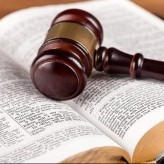