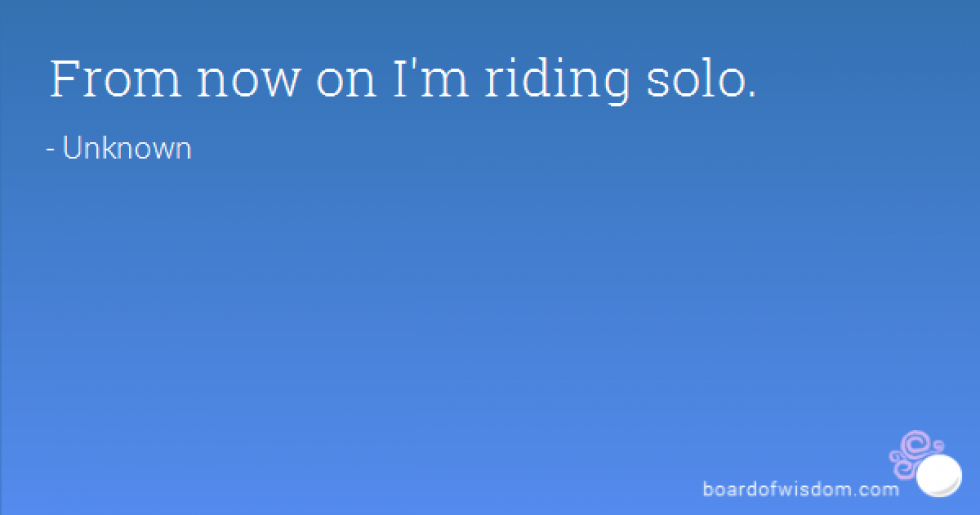 Exhortations to wrestle with the Bible and deal with the Scriptures by those who are innovators in theology are nothing new. That's been the rallying cry of many unorthodox and heretical theologians over the years.

John Biddle’s Twofold Catechism (1654) provoked strong opposition from the orthodox, including John Owen’s 700-page work (a review of Biddle), Vindiciae Evangelicae (1655). Eventually Owen, got the point of saying: “I am weary of considering such trash” (Works, 12:320). In Biddle’s Twofold Catechism, references to Scripture abound.  Biddle appears to have had a powerful grasp of the contents of Scripture. He is reported to have memorized almost the entire New Testament in English and Greek. Going back to the Bible to rediscover its true meaning was not a problem for Biddle. In fact, it was the solution!

What was the real shortcoming of Socinianism? It was not, in fact, the conclusions they arrived at by using the Bible. It was more fundamental than that: it was the method and presuppositions that led them to their conclusions. The Socinian tendency to anti-metaphysical Biblicism was rejected and refuted by Reformed theologians who were not impressed with such a naïve approach to theology. Socinianism took a decidedly different approach regarding the relationship between Scripture, doctrine, and reason; they also had a different view of Scripture and its divine authorship. They argued that Scripture is the only ground of faith, and reason is the “hermeneutic” that governs interpretation. They were ones doing "exegesis," and not depending upon the old philosophical theologizing that had led to doctrines that weren't immediately obvious from the passage itself.

Why are some of us today fighting about the Trinity, including what we think are unorthodox views of the Trinity espoused by some who say there is a necessary, ontologically principle of subordination (or submission) between the Father and the Son? Those who have read history have noted how certain ideas have consequences. Aberrant doctrines in theology lead to other aberrant doctrines. If truth begets truth, falsehood begets falsehood.

The Church fathers were far more comfortable with the #Bible than we are today.—@Mark_Jones_PCA

Simon Episcopius, who was an Arminian, held to subordination within the Being of God. He “wrestled with Scripture,” using John 1:1 and Hebrews 1:8-9 to argue his position. In his view, he was a Trinitarian, but he posited a subordinationist approach in understanding the distinctions between the Father and the Son - based on Scripture. Arminianism flirted a lot with Socinianism and the consequences were grave for some Arminians who actually made the transition to outright Socinianism.

The president of the CBMW, Owen Strachan, wants us to “avoid a New Scholasticism.” His idea of scholasticism is peculiar to those of us who have studied scholasticism. He writes:

“It increasingly seems to me like we find ourselves in a moment similar to the post-Reformation period, the time after a great gospel awakening, when a certain scholasticizing tendency cropped up in German circles (to cite one locale). Then, speaking broadly, theology moved away from a rigorously, richly textual mooring and began to be more of a philosophical enterprise.” He adds: “Doctrine came to be seen in such a season as the possession of arid scholars, and laypeople came to feel as if they were not qualified to understand the Scripture.”

These are bewildering assertions, ones that would even make the old “Calvin against the Calvinists” proponents blush.

This is just mere guesswork by Strachan that flies in the face of the evidence. Not during, but especially after the time of the Reformation do we find a massive emphasis on exegesis, with a plethora of Bible commentaries being written and disseminated into the hands of laypeople. Has he read the Minutes of the Westminster Assembly and the highly sophisticated exegesis that was done on the floor when key passages were debated? I’m fairly confident that many children in Puritan England knew their Bibles better than many ministers do today, largely because of the way in which the word was applied in pulpits and homes.

This leaves some of us highly frustrated with those who hold to versions of Eternal Subordination and Eternal Submission. Why? Not only because these proponents are taking a position that does not enjoy the support of the universal church in all ages, but because when these gentlemen actually do exegesis of texts, such as 1 Cor. 11:3, it is really quite disappointing.

In the words of Strachan, “We note that this statement attaches no temporal limit to this relationship. It is entirely natural to read 1 Corinthians 11:3 and come away assuming that it maps the Father-Son relationship in all stages (while recognizing that the full display of this dynamic came when the Son took on flesh). One need perform no gymnastics here to make this conclusion, which harmonizes with a classically Protestant bias in favor of simpler exegesis over the more difficult reading.”

As you read his argument you quickly come to the conclusion that he is guilty of the very thing he is attacking. “It is entirely natural…” to read 1 Corinthians 11:3 as proving eternal subordination? The two-will (two natures) Christology that is so crucial to exegeting this verse is glossed over as if it doesn't really change how we understand ad intra necessary willing between the three divine persons compared to ad extra relations between the Father and the God-man. This verse is clearly speaking of Christ in his mediatorial role where he, as God-man, voluntarily submits to the Father.

If his reading is "entirely natural", then why has it been so entirely unnatural for theologians over the centuries to see this? Since Strachan thought the Reformation was a time of a “great gospel awakening,” why is it that Calvin’s exegesis of 1 Corinthians 11:3 flatly contradicts what Strachan says? Even at the Westminster Assembly they debated this text, with Lazarus Seaman saying: “So that 1 Cor. 11: Christ the head of every man, this is understood politically, for the husband is not a naturall head of the wife but in reference to order."

It is easy to argue, “we need to just follow the plain teaching of the Scriptures” and not be so dependent upon a “New Scholasticism,” but less easy to convince readers this method yields better results than what the church has already arrived at. The Fathers, the medievals, the Reformers, and the Post-Reformation Reformed theologians were men of the Word. I venture to guess that they were far more comfortable with the Scriptures than we are today.

It seems to me that Strachan et al have replaced all of the scholastic tools that have been developed over the years with their own scholastic tool, the tail (complementarianism) wagging the dog (God).

But, let us not forget that in the seventeenth century the Protestants were able to refute Roman Catholic and Socinian opponents “because of its critical mastery of the technical language and logic of the Scholastic tradition” (Muller). We cannot depend on their work for our present theology, but then spit on their method when it doesn't fit our new theological project that makes us at variance with the catholic church and ecumenical creeds.

Theology is not static. Luther and Calvin had to modify, adapt, and change their views. In fact, according to Richard Muller, “no theology or piety can succeed in the intellectual struggle to survive unless it can deal with sophisticated logical and philosophical questions.” That was the case for the Early Church and it is the case for us today.

I suspect that many today in broadly Reformed churches don’t quite realize how indebted they are to those who have gone before them. Many take for granted precious truths that required a lot of exegetical and theological inquiry. We don’t just need our Bibles; we need our Bibles alongside the rest of the church and what she has historically confessed.

The earliest evidence of Church faith and practice reflected this model of Scriptural authority, as the famous "Rule of Faith" illustrates. As a Christ-focused summary of the Bible's teaching, the "Rule," which "ruled" or ordered the life of the church in various forms (baptismal formulae, acts of confession, catechesis, etc.), was rooted in the Bible’s own use of itself for that purpose. Every postbiblical creed or affirmation must of course be measured against the Bible, but this must not be confused with a basic Bible or theological formula polarity. That's a different Bible than the one we have. If we are talking about the Christian canon, there simply is no such thing as a Bible that is not organically and practically connected to the governing and shaping use of what we call creeds.

As a pastor I recognize that we have to respond to people based on their knowledge and position of authority in different ways. When a new Christian says something heretical or wrong in Sunday School you would hope that patient instruction would be the most appropriate way to deal with non-willful ignorance. But some of these men with whom we are strongly disagreeing - so much so that I am prepared to say some of their beliefs are unorthodox - are not new believers in Sunday School class. They are men of authority; they occupy strategic positions in the kingdom; and, quite frankly, they should know better.

I have edited two books on intra-Reformed debates with my friend, Michael Haykin. Both of us recognize that within the Reformed tradition there have been some intramural debates. I'm all for diversity in the Reformed tradition. The introductory essay by Richard Muller in “Drawn into Controversie” speaks of how certain debates pressed in different ways the confessional boundaries of the seventeenth century. Not all debates rise to the level of calling someone unorthodox. But some do. And what we have here is not diversity but error - Trinitarian error.

This current Trinitarian debate is serious. It is not just a question of whether Adam’s reward was Heaven or continued life in the Garden; it is not a question of whether the Mosaic covenant is in some sense a covenant of works; rather, we are dealing with the doctrine of God and the Trinity. Whether we like it or not, the Nicene Creed is the point of unity.  Those who reject it are divisive. Those who claim that there is an inherent principle of subordination or submission in the ontological Trinity according to God’s ad intra necessary will are also making an argument that really has paltry historical support.

If your exegesis is so natural that it causes some of the best patristic, Reformation, and Post-Reformation scholars in the world to raise serious questions in response, maybe, just maybe, you need to re-think your exegesis in light of the rest of God's word and the history of interpretation.